Break The Stereotypes For Your Second Wedding

9 Ways to Break the Stereotypes for Your Second Wedding 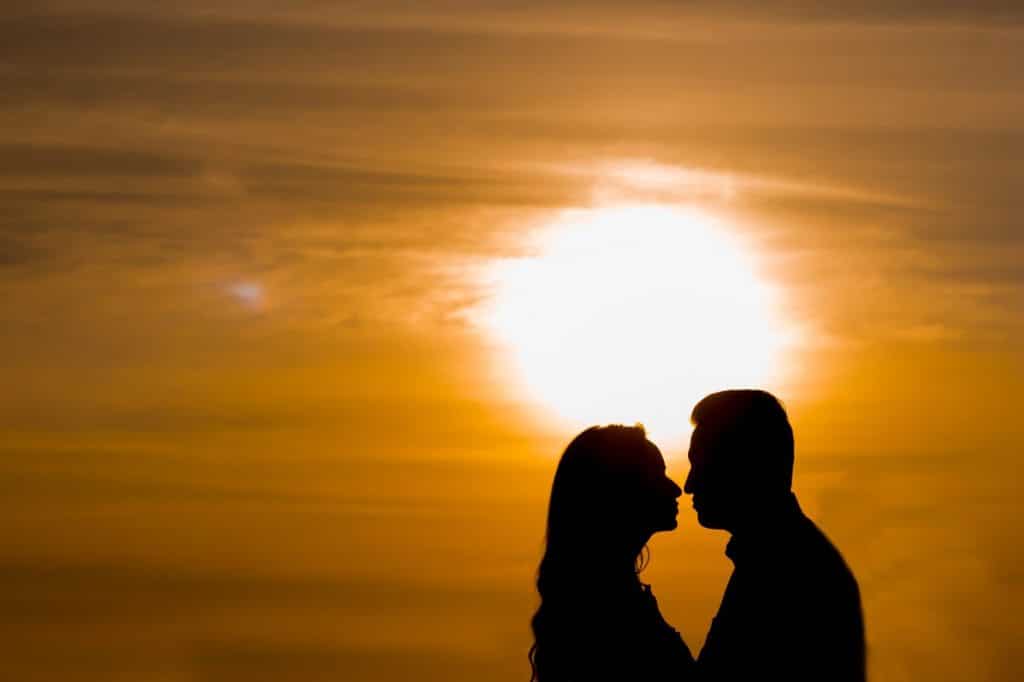 Forget all those statistics. There are a heap of advantages to giving marriage (and weddings!) a second go. First of all, you’re more realistic this time. You know better than to believe those make-believe fairytale ideals; you realize that marriage is give-and-take, and all of that realism begins the moment you two start planning the nuptials. You also realize that weddings are about more than pretty wedding gowns and the color of the engraved napkins.

Most couples entering marriage for the second time (or more) are more financially secure, too. Instead of young, green behind the ears, and strapped for cash, most second-marriage couples have careers, homes, and a stable lifestyle.

You two also have the advantage of being able to see better what the other person is turning out like. It’s difficult to tell who’s going to be successful and who’s going to make a career of sitting on the couch when you’re 19 or 20. It’s a lot easier when you’re older and more set in your ways. But most of all, you know what you want better than a youngster. You’re less likely to get too wrapped up in the latest fads, and more able to determine what’s going to look good in your wedding photos 20, 30, or 50 years from now.

So, let’s break those stereotypical molds of what a “second wedding” ought to look like, and find out what’s going to make you two happy now and from now on! 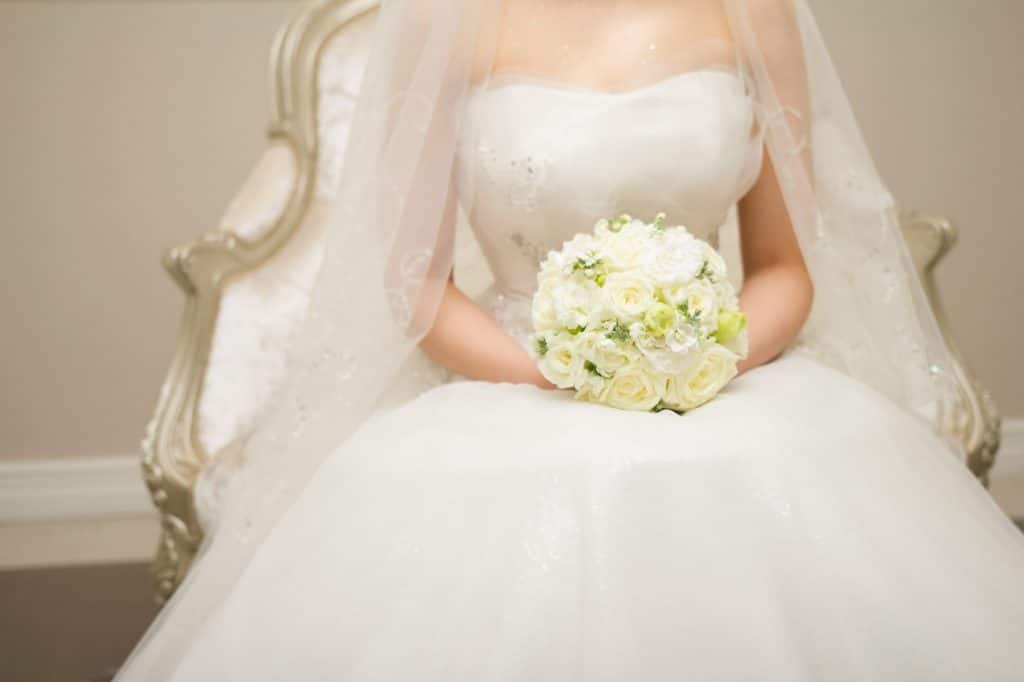 The taboo about white wedding dresses for a second wedding died with The Backstreet Boys and Britney Spears’ nervous breakdowns. Many brides enjoy a lovely white, frilly dress the second time around, particularly if the first wedding wasn’t all she hoped it would be. Today’s brides also rock black dresses, along with red, pink, blue, or anything else you happen to fancy.

Hey, it’s your wedding dress, and you’re most likely footing at least some of the bill. Had your eye on an amazingly unaffordable, impractical designer dress? Your wedding is the ideal time to splurge for it! 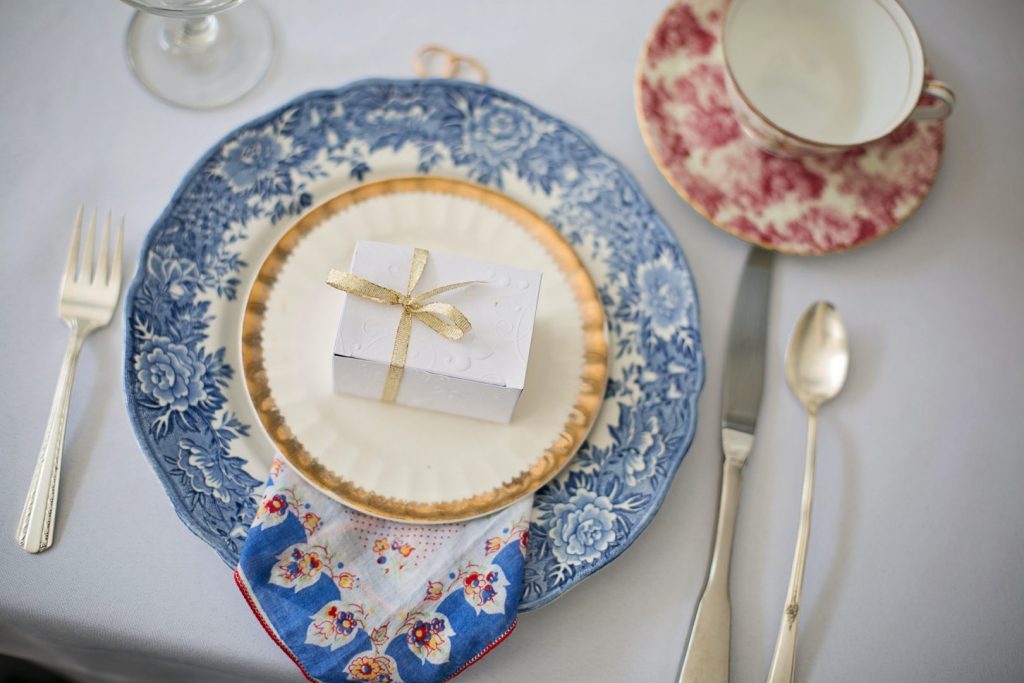 There’s a cliché that second weddings are to be scaled down or not as grandiose as first weddings. Poppycock! You plan to spend the rest of your life with this guy or gal, don’t you? That’s reason to celebrate! Don’t let anyone shame you into scaling down your wedding plans if you want a big blow out.

Conversely, if you do want to keep things simple and private, consider a small charter yacht where the two of you, along with a handful of close friends or family members, can enjoy complete peace and solitude with a stunning view of the New York Harbor in the background. We’ll say it again: your ceremony, your choice. 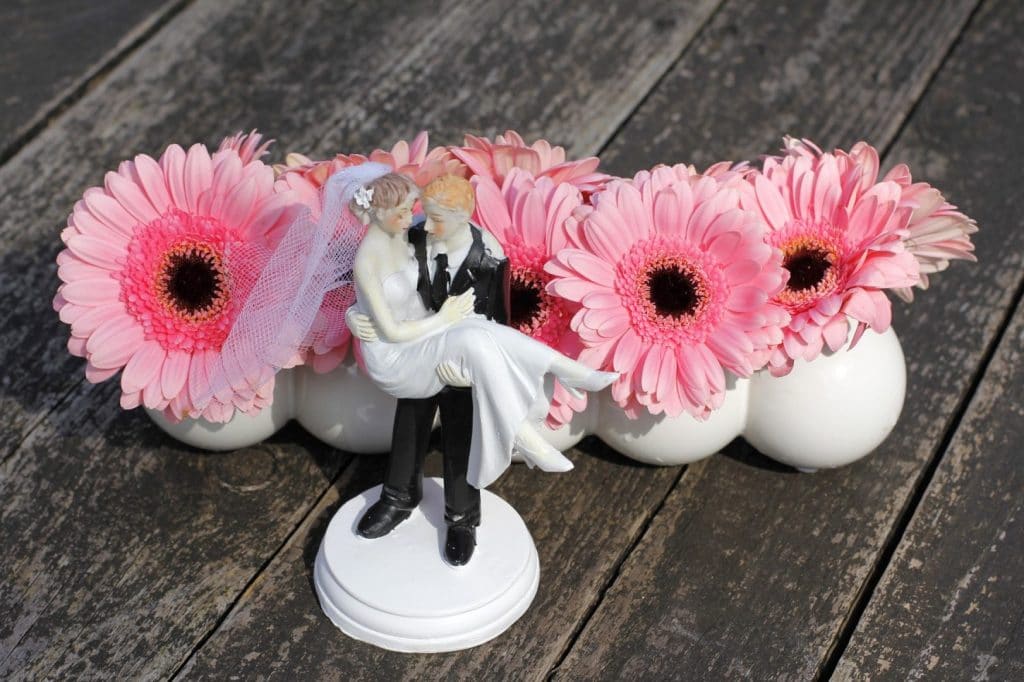 In the era of Pinterest, House Crashers, Martha Stewart, and the DIY Network, we’re taught that DIY is always cheaper and somehow “better” than getting a professional to handle things like wedding decorations, floral arrangements, wedding invitations, and even the catering. Not. In many cases (especially if you aren’t a crafty sort to begin with), you can put on a spectacular wedding cheaper, faster, and way-way-we-mean-WAY easier by letting the pros handle it.

Here’s why: all the top NYC wedding venues (like New York charter yachts) already have a boatload (pun intended) of decorations ready and waiting. They can offer you an excellent variety of themes and price points. They can manage the floral arrangements, decorations, entertainment (anything from a DJ to a live band to casino games), and even the wedding menu for you. No hustling around town to find everything you need; no taking a dozen days off work to meet with separate wedding vendors, and no rushing to the drugstore at midnight the evening before the Big Day because your DIY mason jar centerpieces came out looking like a kindergartener’s art project. You’ll end up over-spending because you don’t have time to be choosey, and likely settle for far inferior stuff. Don’t let your wedding turn into a Pinterest Fail. Let the pros do what they do, and you can kick back and enjoy the show. 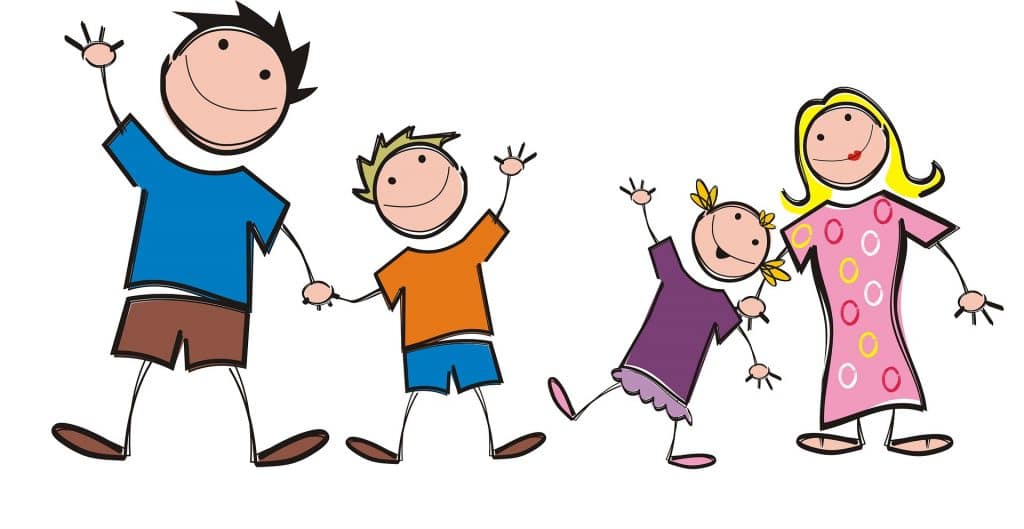 There’s also a stigma about having the kids play certain roles in the ceremony. For many couples, this is the ideal way to include children and help them feel like an important part of this new family. But, for many reasons, this isn’t always practical. For example, if one of your ex’s is playing mind games with the kids, they may feel like they’re betraying their other parent by being a part of the ceremony. Or, the kids may be shy, or any number of other issues might be involved. Do not feel pressured to include the kids any more than they are able and willing to participate.

Be realistic, and also realize that it might take some time for things to work out like you want them to. Just because you don’t have an episode of The Cosby Show with your kids, step kids, and new spouse from day one does not mean that things won’t ever work out. Give it time. Have faith. Don’t try to force anything. Make your wedding what you two want, and accept it if other people don’t share your enthusiasm right now. What you shouldn’t do is invite one of the couple’s kids to participate but not the other. Whether you include children or not, be fair.

Mom and Dad probably laid out serious cash the first time around, but parents aren’t necessarily obligated to do so for future weddings. If they want to, by all means, let them. But don’t get grumpy if they don’t. Determine as early as possible who’s paying for what. Set a budget based on what you can afford with the funds available to you. Almost certainly, you’ll get some money as wedding gifts, which will help for last-minute items and incidentals.

Most commonly, the bride and groom split the cost of a second wedding. Since second weddings usually happen after you both have careers in place (or at least solid jobs), you can often afford an even better wedding than Mom and Dad sprung for “that other time.” 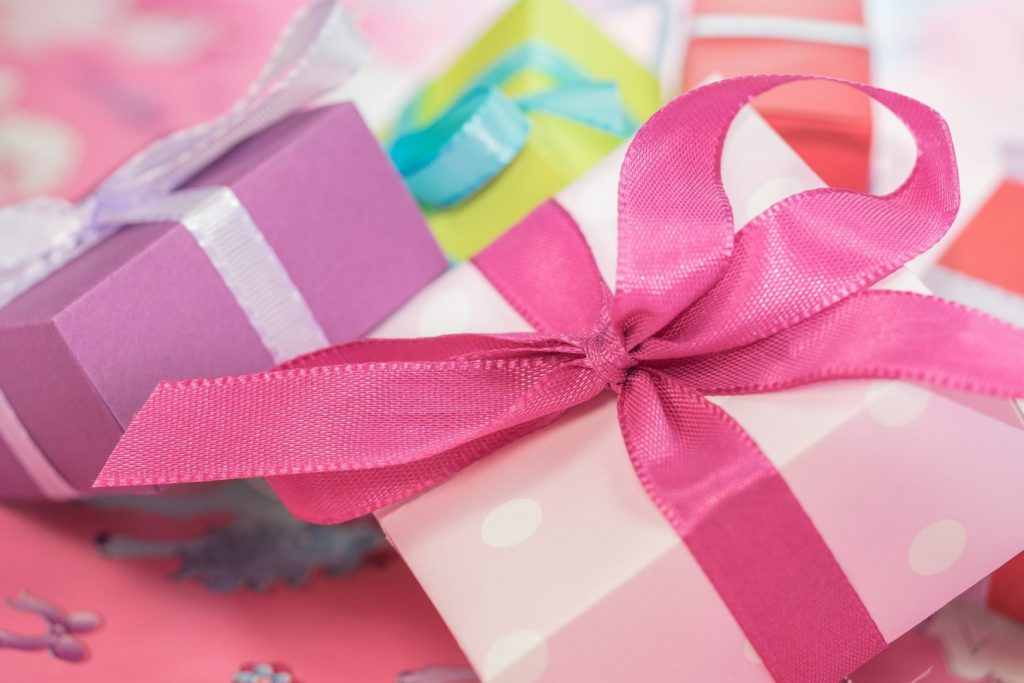 Most couples entering marriage for the second time already have homes with furnishings and don’t need blenders, tea pitchers, or guest towels. But this is also an excellent time for “out with the old, in with the new.” Don’t hesitate to set up a gift registry, especially if you two are moving, investing in a new home, or do have items you’ll need when you combine your resources. Alternately, you can use cash gifts and gift cards to help pay for the honeymoon, moving expenses, or anything you’ll need for your new place. Some couples invest in a cute cardboard mailbox, set up in the reception area, where guests can slip cards, checks, cash, and gift cards.

There usually is no bridal shower for second-timers, and it is inappropriate to include gift registry information or cash requests in the mailed invitations. This is when a wedding website or Facebook page comes in handy. All the information that doesn’t go into your mailed invitations (like info on photo shoots, directions to the marina where the wedding charter yacht embarks, etc.) can go on your wedding webpage or your wedding Facebook page. It’s a good idea to set up a page or group on Facebook, instead of an event, so the information remains available after the Big Day. Guests often use these pages to post photos they took at the wedding and reception, and you won’t want to miss those! Just don’t get offended if some guests still adhere to the old-school mantra of “no gifts.” It’s simply the tradition they’re used to, and no offense is generally intended. 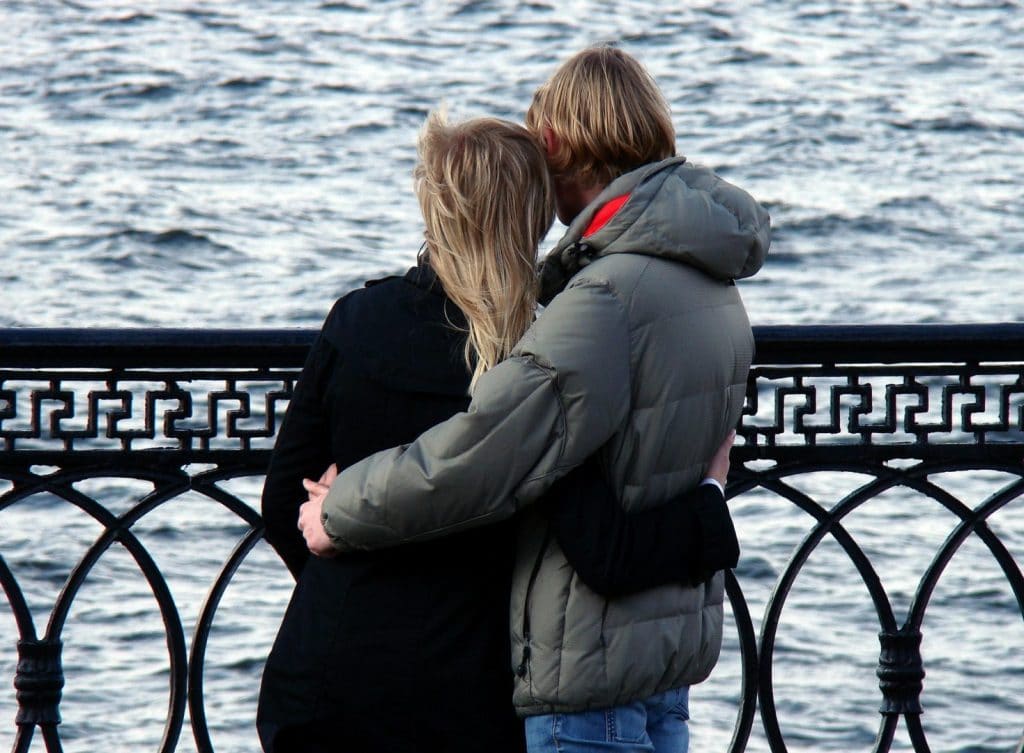 Most second-time grooms are more mature and actually have a clue what this wedding thing is about. So, he may have his own ideas and opinions, and a smart bride will start the marriage off on the right foot by allowing, and even appreciating, his input. Have him select anything that’s important to him — like the groom’s cake, wedding theme, music for the ceremony and reception, wedding reception dinner menu, drink selections, and his wedding attendants (best man and groomsmen).

When he makes decisions, he feels more like the wedding belongs to him, too, and it definitely takes a lot of the pressure off the bride. After making 100,000 decisions about wedding dresses and invitations and color combinations and what kind of entertainment to have at the reception, the bride doesn’t need to have to make every decision there is. The bride and groom should plan, prepare, and enjoy the wedding as a couple.

Another stereotypical second wedding taboo is anything and everything you had at your first wedding. If you served chicken, you’ll want to pick fish or steak. If you carried a bouquet with tulips, you’ll want to go with the roses or lilies. If you played your favorite Whitney Huston song, you’ll be tempted to choose something by Taylor Swift or Bruno Mars this time.

That’s fine! Just don’t box yourself in. There are likely things that you still love — things that still make you you. You’re still the same people, still like the same colors, still love the same foods, still have the same allergies to strawberries and the same fondness for 80’s pop music, or whatever. The wedding is an expression of you two as people, as well as you two as a couple. This time you’re just old enough and wise enough to marry someone who accepts that pink and pink aren’t just pink, they’re blush and bashful, and somebody who realizes the true genius behind Madonna’s La Isla Bonita. If you want to borrow what worked from The First Time, go right ahead!

Absolutely, if you want your dad, uncle, or another special someone (even a woman like Mom, an aunt, or sister) usher you down the isle, that is a beautiful, special sight and is never inappropriate. You can also have any children in the family escort you down the isle. But, some brides aren’t comfortable having Daddy walk her down the isle again, or they want to do something wholly different. That’s an excellent idea! There are several popular alternatives at today’s NYC weddings, including:

You can discuss alternatives with your wedding planner at Yachts for All Seasons. Having planned and performed hundreds of unique ceremonies, we have ideas galore! We also have the wedding themes, decorations, entertainment selections, and wedding menus you need for a one-stop-NYC-wedding shop.

Contact us today to reserve your NYC wedding yacht charter and begin planning the wedding of your dreams. Life is better the second time around — especially when you marry on a yacht!