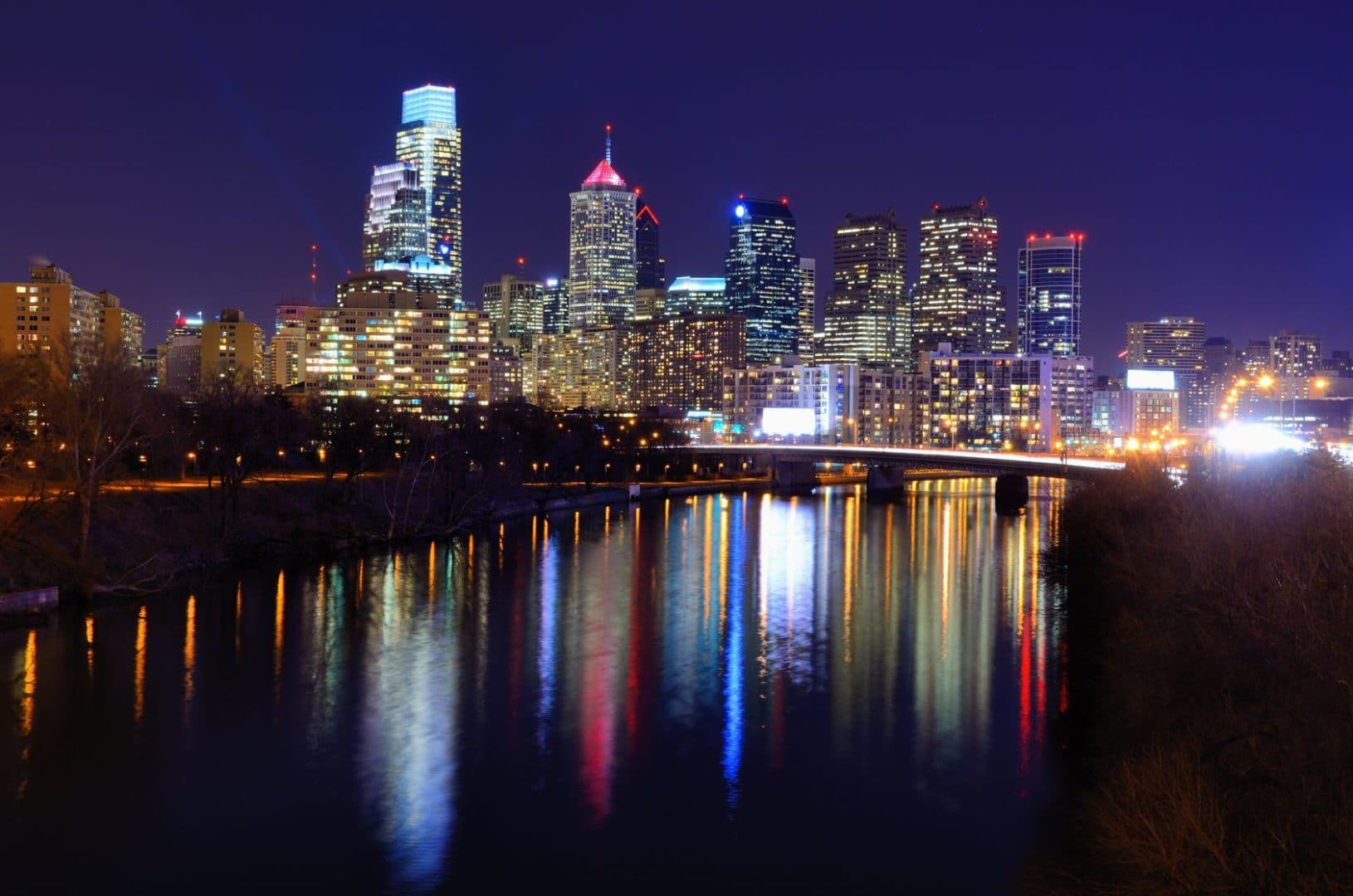 The US of A is a pretty cool place to be, so it’s unsurprising that several towns and cities lay claim to the fame of being its birthplace. Boston. Jamestown. Alexandria, Minnesota (no, we aren’t kidding). But everybody who’s anybody knows that Philadelphia is the true Birthplace of America.

Any trip to Philly that’s worth its salt includes a trip to the Delaware, the very river George Washington crossed so famously in 1776 at the Battle of Trenton. Along the Delaware River, you’ll get to see some amazing sights, including the Navy Yard (Philadelphia Naval Shipyard) and Battleship New Jersey, the most decorated ship in the history of the American Navy.

While you’re at the Harbor, you’ll definitely want to take some time to hang out around Spruce Street Harbor Park and Penn’s Landing. Not only are visitors given a front row seat for the shimmering waters of the harbor, they are also treated to the one-of-a-kind cultural experience that is Philadelphia. Here are the attractions you just can’t miss.

Given Philly’s historical significance to our nation (both the Declaration of Independence and the Constitution were signed here), it’s just natural that a lot of museums would cater to the history of this great land. Right at Spruce Street Harbor Park, you’ll find the Independence Seaport Museum and Philadelphia History Museum. You might also want to make time to visit the Vietnam Veterans Memorial, Independence Sports Museum (Philly is radically dedicated to supporting their sports teams, including the Eagles, Phillies, 76ers, Flyers, and Union), Museum of the American Revolution, the Irish Memorial Monument, Ben Franklin Museum, the National Liberty Museum, and the National Museum of American Jewish History.

2. Lounge Around on Hammocks

All that history and culture and learning is nice, but it sure gets tiring. Rest up, enjoy the view, and indulge in some people watching in the hammocks at Penn’s Landing. During the day, the hammocks are ideal for catching a brief moment of rest and virtual solitude during a busy day of sightseeing. At night, the hammock park becomes a fairyland, illuminated by thousands of LED lights that endow the park with an air of romantic whimsy. The hammocks are so popular that they doubled the number in 2017, for a total of 50 colorful, comfortable oasis.

Is your trip to Philly a celebration? For birthdays, anniversaries, weddings, couples getaways, corporate events, or other special occasions, consider a Philadelphia yacht charter with Yachts for All Seasons. You can customize your cruise with the help of our experienced staff so that you can enjoy all of the amazing sites Philadelphia Harbor has to offer. Cruise under the spectacular Ben Franklin Bridge, take in the recognizable Philly skyline, and see what’s on the New Jersey side of the Delaware River (including the battleship!). There are three yacht charter vessels to choose from, allowing you to right-size your boat for any size party.

The grand monument to Christopher Columbus (who, ironically, never set foot on the continent of North America) is an interesting place to visit, but while you’re at Penn’s Landing, take some time to game it up with the locals and your fellow tourists. The park there offers several games, including chess boards and Jenga. The park has a nice view of the harbor, a few fun carnival-type rides (including a 60-foot Ferris wheel and an old-school carousel), a mini golf course, and even an outdoor bowling alley.

5. Eat at the Boardwalk at Spruce Street Harbor Park

All the playing and cruising and sightseeing really builds the old appetite, and the boardwalk vendors at Spruce Street Harbor Park are here to serve! Munch on some pizza in the open air, or grab some tacos. There’s also crab fries, crab pretzels, and of course, Philly’s most popular fare for natives and visitors alike: the Philly cheesesteak. but you have to learn to order a cheesesteak like a pro. Instead of asking for a “Philly cheesesteak, with provolone cheese, add onion,” the locals use just three words to specify their order. The first word is the number of sandwiches, the second is the type of cheese (usually American, provolone, Cheese Whiz, or plain), and the third is “with” or “without” to denote whether you prefer onions. Like this: “One, American, with” for “one sandwich with American cheese and onions.” Piece of cake. Beer, wine, and cocktails are also available at the boardwalk.

Contact Yachts For All Seasons today for a custom boat cruise of Philadelphia Harbor and the Delaware River. This is the ideal way to enjoy the harbor, where you can see the sights from the vantage point of the river. It’s the ideal way to celebrate your wedding, retire in style, or make that birthday or anniversary extra special. Our trip planners can create the ultimate yacht charter you’ll never forget!